Last Thursday we spent part of the evening going over a few problem areas before squeezing in another run-through of the entire play. This time everyone worked without scripts and although a some prompting was required it finally seemed like a real play, that we might fool people into believing we know what we’re doing. 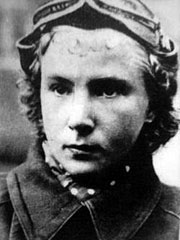 Sunday was dress rehearsals. The costumes are pretty minimal and amazingly cheap but still, I think, effective. It was great to see all the women in their uniforms, looking like a cohesive group. We spent the morning going over more scenes that needed extra work before running through the whole thing again two and a bit times. There were a few sticky moments with costumes and the time required to change and deal with various things, but on the whole we came away pleased. Once we’d relaxed a little things seemed to work a little better. (No photos of costumes until after the show, as we don’t want to spoil things for those of you who are coming.)

Up until Sunday I’d been operating the sound, a low tech operation involving a CD and whatever stereo was available in the rehearsal room. Thankfully we found a man who knows what he’s doing which means that hopefully the sound effects and music will sound decent on the night. It also meant I was free to concentrate solely on my brief scenes for the first time. Unfortunately, because I’d spent all previous rehearsals following along with one eye on the script and one finger on the CD player I didn’t have much of a sense of the play as a whole. I’d been following it in too much detail to recall exactly which scene followed what, and how long I had between my scenes. 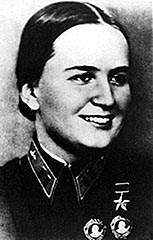 This wasn’t too much of a problem on Sunday because in the rehearsal room I could see what was happening on “stage”. But in a couple of hours time, when we begin our technical rehearsal in the Conway Hall, this could be tricky as I’ll only be able to hear, rather than see, what’s happening (tonight I’ll also be standing in for a chap who can’t be there, which won’t help).

I think tonight will be both tricky and exciting for all of us. Not only will we have the blindness of backstage to worry about (there are no wings to peek out of — backstage is always behind various closed doors), but there’s also the size of the venue (will the audience hear us?), the sightlines (will they see us?), and the size of the stage itself — as we’re using both stage and floorspace there’s a lot of jumping up and down onto the four foot stage…

After tonight there’s no more work until Thursday and Friday’s performances. Contradicting what I’ve said before, tickets will be available on the door after all, £10 each, so do come along to the Conway Hall (map) before 7pm if you’re free. The show should last 1 hour 15 minutes. Assuming it all goes smoothly that is.

Paul sizes up the Conway Hall