Last night’s technical rehearsal of Lilia Litviak: Fighter Ace in the Conway Hall was tiring and stressful (not to mention expensive — the cost of hiring the venue is the biggest chunk of our budget and the space costs much the same whether you have a paying audience or not). Levels of punctuality and focus have been less than what I assume one would expect on a professional production, and it took us a while to get started on running the play, which was frustrating for everyone. 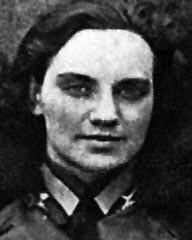 Finally, to great relief, props were in place, costumes were on, the sound was working, the minimal lighting was pointed in roughly the right direction, decisions were made, and we got going. It was pretty bad. I’d expected that not being able to see what was happening on stage would make things difficult, but being unable to hear what was going on was a bigger problem. I’d be standing behind a door thinking, “It’s nearly time for my entrance… has she said that line yet… was that it? I don’t want to go too early… shit, it sounds quiet… maybe I’ve missed it and she’s stuck there doing nothing waiting for me… hell, I’d better just go…”

Consequently the couple of people who’d kindly come to endure our rehearsal and give feedback said it was horribly stilted and the energy was all the same. Plod, plod, plod. We didn’t have enough time to get through the whole play twice so we stopped the first run and started again, jumping ahead a bit in that toward the end. The second time round was certainly an improvement; entrances were snappier and it all had more energy. Whether that’s enough remains to be seen. 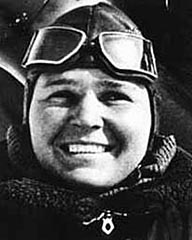 I managed to cock up the same part in both runs, completely forgetting to remove a prop the first time round and then, in my eagerness not to repeat my error, going on for it too soon the second time. Idiot. Other than that I did OK, and also stood in for a chap who couldn’t be there which was sometimes fun — lots of shouting. But to be honest I’m looking forward to not standing in for someone, not being the prompt, and not running the sound — just doing my own small parts. The performances will be the first time for that.

Months ago I imagined that by this point we’d be so drilled that every movement would be perfected and we’d be incredibly polished. It doesn’t feel like that to be honest, and maybe that level of precision wouldn’t help — there’d be no spontaneity and no life to it. I don’t know to be honest, and maybe there’s a balance between complete uniformity and not having a clue what you’re doing. Hopefully we’re somewhere around the sweet spot between those points, but at this point I have no idea.

Lilia Litviak: Fighter Ace is on at the Conway Hall (map), near Holborn tube in London on Thursday and Friday evening. Starts 7pm, costs £10 on the door (space allowing).