For the past couple of months I’ve been reading Lonesome Dove, Larry McMurtry’s 1985 novel, 843 pages of cowboys driving cattle from Texas to Montana. I was partly attracted to it after reading McMurtry’s occasional articles in the New York Review of Books which were deeply knowledgable about the West and also, in some indefinable way, comfortably written.

I’d set myself the task of finding it in a second-hand bookshop or charity shop — I like to have specific things to look for and I assumed this would, unusually, be popular enough to make an appearance. I guess it’s long been out of fashion since it was on TV nearly thirty years ago (I’ve never seen that) as it was a long time before a copy appeared.

It was a good read. Long, and often slow, but only in the sense that the various journeys it recounts are slow, not in the sense that the narrative dragged. I could happily have carried on reading beyond the end. Usually when a novel jumps between two or more separate sets of events I find it a pain; one is always the boring one that I’m dreading popping up again. But here, I found all the eventually interwoven stories equally enjoyable. Inevitably it’s mostly about men, although the few women can give the often feckless men a run for their money. And, although there is action and disasters and shooting, as you might expect from cowboys, it’s also thoughtful and affecting.

I don’t want to say much more about it really, for fear of spoiling things. I’d suggest having a map of American rivers to hand, as these are often mentioned as destinations. This USGS map is amazingly detailed. And this hand-drawn map of the novel’s journeys (contains big, if pixellated, spoilers) would be handy if you could only view the parts you’d read so far.

I think part of me was using this as a substitute for Red Dead Redemption 2, which I’d hoped would be out by now, as I’m looking forward to getting back to that video game world of sun and open spaces and riding horses and shooting. Hopefully next year…

In this week’s Meisner class I genuinely surprised my partner, who’s playing my sister, and who had previously threatened my abusive wife, by turning up at her door with my arm in a sling, presumably thanks to her intervention.

Also… I researched and emailed a handful of casting directors which is apparently a thing they don’t mind actors doing, but also a thing that’s probably futile. But it’s worth a try. Who knows, one of them might read my email at the exact moment they need a tall, thin, middle-aged, white guy with little experience and no showreel.

Other than that… a few hours of paid web work, more slow progress noodling around with my site’s design, and a pleasant wintery weekend by the sea. Time flies by doesn’t it. 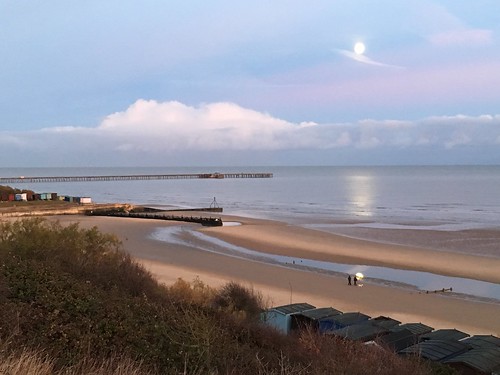