With Yahoo! about to close GeoCities I decided to grab copies of the few sites linked to from Pepys’ Diary. Broken links are an inevitable part of a ten year web project but advance knowledge that several linked-to sites would disappear at once doesn’t often happen. So now, thanks to the wonders of wget and some manual effort, I have a small collection of a few GeoCities sites.

Strictly speaking this is all copyright infringement of course. For the first two or three I tried mailing the authors but the emails always bounced. Eventually I just stopped trying. The sites were generally last updated in the late 1990s or early 2000s and seem long dormant. Should any authors want them removed I’d be happy to do so but I hope they’re still useful to someone.

A guide to the alleys, courts, passages and yards of central London by Ivor Hoole

If I could only save one GeoCities site, this would be it. In fact, it’s the only GeoCities site I could recall before I started this. Ivor Hoole has visited, researched and described more than 400 neglected pathways in London. I can’t vouch for the accuracy but it seems like an awesome resource that should be much better known. It’s crying out for a modern interpretation with up-to-date mapping.

It was last updated in August, or maybe November, 2004. Emails sent to two addresses bounced and the last activity I can find online is a post (scroll down) from an Ivor Hoole trying to track down an Evelyn Harris in April 2005. There is then an obituary for an Ivor Hoole from August of that year…

Staying in the same “neighbourhood” (The Tropics), this typical GeoCities site by “slcwc” or “Raistlin”. Information about various historical ships, all copied from an out of print book from 1978.

Don’t miss the repeating sound of ocean waves as you browse the site; the midi music files (about half of which still work); the pop-up random quotes; the search page listing Lycos, Yahoo, Excite, Infoseek, Web Crawler and DejaNews; and the GeoCities-standard design of the home page, animated gifs, java water reflections and all. 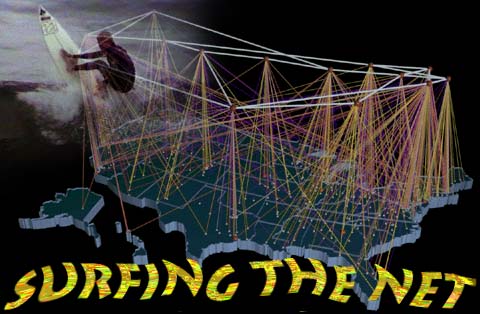 The Coinage of Baltic Countries

“The collector’s homepage, dedicated to the coinage during the different periods in the history of Baltic countries - the Livonia Confederation, the Free City of Riga, coinage of Poland in Riga, Duchy of Livonia, Duchy of Courland…” last updated in September 1999 by Girts Eisters. More 20th century web styles and lots of obscure information about a really specific subject — the very best of the web.

An awful lot of information about another subject that’s of huge interest to a small number of people. Excellent.

The Family Tree and The Littleport Society

Created by Andrew Martin, about his own genealogical research and the Littleport Society which “was founded in 1987 and it is the only non-political, non-sectarian organization in Littleport whose membership is open to residents and anybody else who holds an interest in this fenland town.” Last updated in May 1999.

The Diary of John Evelyn

“Set in hypertext markup” by Anthony Sallis in April 1999, extracts from Evelyn’s diary, a contemporary of Samuel Pepys. Very handy.

Kim wanted to make a new site but didn’t know what it should be about. She thought for days and days and, because she loves “the romance in history”, she “decided to do a site all on famous love letters written throughout history.” All the information is copied from a published book of letters. But I bet the book’s pages doesn’t have a background of repeating love hearts.

I haven’t read through it all but I think it’s about this chap and his descendants. Every page is designed entirely differently. So many colours, so much information.

A site about (or by?) an actor who died in December 2002, and some bits of historical theatre information. More classic GeoCities design work there, and a site keeping the memory of someone alive.

Ocean Liners of a Bygone Era

“A look into the world’s most exciting chapters of maritime history.” Lots and lots of stuff about early twenty century steam ships by a guy in Knoxville, Tennessee called Jason. It must have taken ages to collate all the information and photos. Also includes details of his holiday in London.

So there we go. Little of that could be classed as good, in the sense of well designed, well organised and authoritative material. And yet it’s all the results of people thinking about what they’re passionate about and putting it online. Every site has taken hours and days and maybe weeks of work by its creator. And it’s all a tiny, tiny fraction of what Yahoo! will shortly be erasing from the world.