Twenty years ago I used Leonard Cohen’s I’m Your Man to begin a phone message on a dating service. Ridiculous. The chances of me “stepping into the ring” for anyone are remote. And few of us could match up to the sound of Leonard’s voice. Despite all that, it worked.

I’d found an ad in the Guardian’s Soulmates listings that stood out, for reasons I no longer remember. I called and listened to the woman’s message. She began with part of a song I now forget so, having liked the rest of her message, I felt obliged to respond in kind.

I looked through the track listings on every CD trying to find the few seconds of music that would sell me appropriately. I hate promoting myself and doing so with a song can only be embarrassing. Whatever my shortlist was I assume I’m Your Man’s directness was the quality that won out:

If you want a lover
I’ll do anything you ask me to
And if you want another kind of love
I’ll wear a mask for you
If you want a partner
Take my hand, or
If you want to strike me down in anger
Here I stand
I’m your man
If you want a boxer
I will step into the ring for you

Fortunately the sound of my voice following the gravity of Leonard’s hadn’t been too disappointing because Tanja called me and we chatted and we got on. She knew the guy I sat next to at work and, after we hung up, she asked him about me. Thankfully he was complimentary.

We chatted a few times before she suggested meeting. We met upstairs at Maison Bertaux in Soho; her choice; I’d never heard of it. It was my birthday — I’d had no other plans — and she gave me a present of a toy gun. 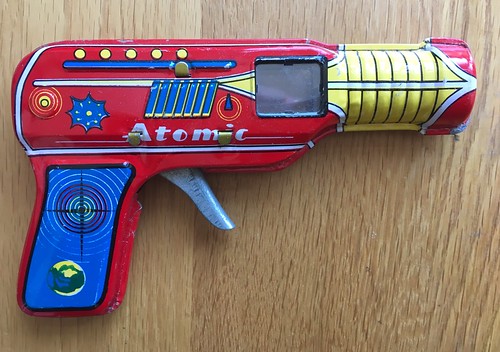 It was a good evening, a pleasant birthday to remember. We went on to a pub in Fitzrovia, had dinner at Mildred’s (then on Greek Street), followed by coffee on Old Compton Street.

We got on fine but, despite the promise of “Soulmates”, we’d never be more than friends. After that we spoke on the phone occasionally and we hung out a few times before we gradually drifted apart a few months later.

I hope Tanja’s doing OK now, two decades on. I can’t remember her surname but it was nice to have her as a friend briefly.